The Bottom of the Barrel Never Looked So Good

The only reason anyone still watches The Killing – a 1956 film noir revolving around a clever heist at a California horse track – is because Stanley Kubrick directed it, and at some point, the dedicated will peruse the auteur’s less known works in much the same way a Shakespearean scholar eventually reads the bard’s mediocre plays (and there are plenty of them). 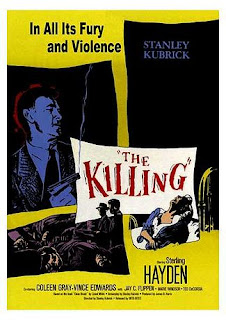 Invested in Kubrick’s greatness as they are, some of the film world’s literati have attempted to inject a sense of austerity into The Killing that is just not there. These fans will typically argue that it offers a tantalizing preview to the filmmaker’s future greatness, while others note it served as the inspiration for Quentin Tarantino’s Reservoir Dogs – the latter being a dubious honor, from my perspective, as it rests uncomfortably on the far from certain proposition that Tarantino is a great filmmaker and Reservoir Dogs a great film.
Kubrick’s pervasive cynicism is remarkably potent in The Killing, but little else of the visionary man is on display. There are a few visual shots – such as the long tracking sequence that follows the galloping race horses – that feel like Kubrick’s better known work, but the subject matter here is hardly the sort suited for his talents. Watching – as we all are – from the mighty wake of Kubrick’s career, it is easy to imagine the great director somehow subjugated his usual flair to the demands of the film noir genre, but this is really little more than an excuse for some of the more unimaginative aspects of the movie.
Indeed, for passionate Kubrick fans, the relative simplicity of film noir, along with the uncomplicated nature of The Killing’s conflict, is its ultimate undoing. This is not a film that demands repeat viewings – nor should we expect it to. A plot revolving around a heist and its fallout cannot possibly hope to comment on society and the human condition with the grandeur and scope Kubrick reached for in other films. Still, for all its ordinariness, The Killing is far from an average film.
For starters, not many heist films have the courage to allow their plots to deal so brutally with the plotters themselves. Most of the protagonists in The Killing wind up dead on a floor in a cheap motel (and if you doubt this kind of twist does not take guts, ask yourself if today’s Ocean’s 11 remake could ever end this way). Even the money – quite literally – is scattered in the wind. 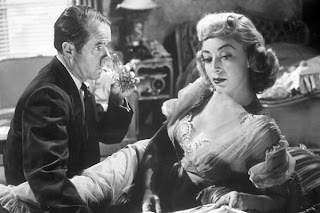 What is most remarkable about the film's conclusion is that it is set in motion by an expected source – a dour and disgruntled husband, played with precise foolishness by Elisha Cook Jr. – in the most unexpected of fashions. Marie Windsor, called “Queen of B’s” on account of her proclivity for appearing in B-movies, augments Cook’s standout performance with a delightful turn as a lurid and manipulative femme fatale.

Film noirs cannot keep from moralizing (it is part of what makes them film noirs), but the only message Kubrick and company are able to impart with this script is how the best laid plans can fail for the strangest and most unforeseen reasons. This is something quite different than today’s heist films, which all seem designed to show how clever the characters are – and, by silent extension, how much cleverer the writer’s that dreamed up these criminal plots are…
Kubrick and his cast did about as much as possible with the material they had to work with in The Killing. The film is sharp in all the right places, even though it has some unavoidable dull edges. The last half hour, when a great deal of tension builds expertly toward the frantic and grim conclusion, is particularly edge of the seat stuff. If Kubrick’s name were not on the masthead, this film would paradoxically be judged more enjoyable and less important by those who stumbled across it. Since his name is on it, the best and least we can say is that there are plenty of other directors who would love to have their "worst" movie be something along the lines of The Killing.
Posted by SKW at 2:24 PM