Mistakes of Their Own 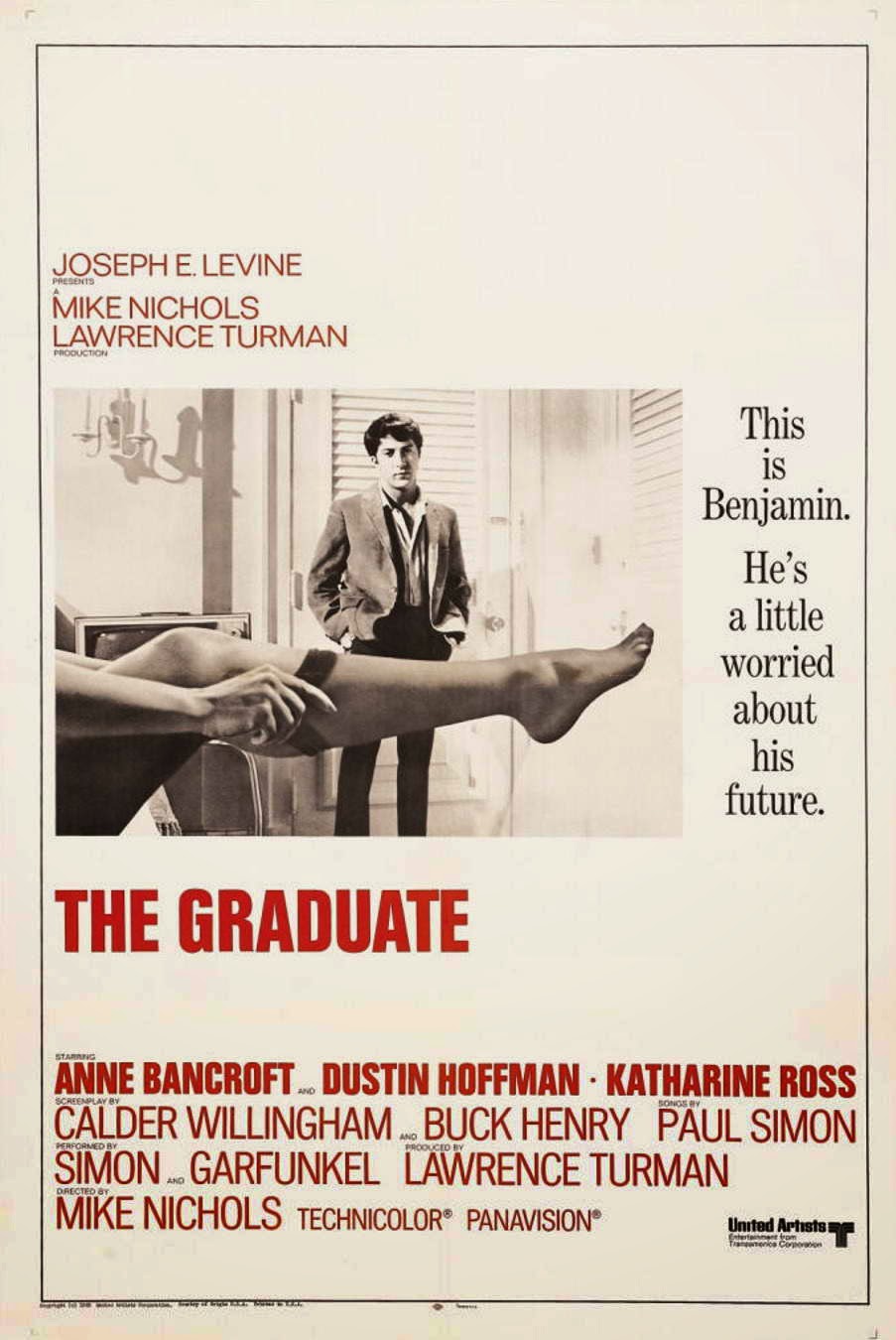 The Graduate is more than a classic film.

It is a piece of Americana that has penetrated the nation’s collective consciousness through multiple forms of media to the point that it is now essentially known and ubiquitous.

There is the image of Dustin Hoffman, for example, somewhat cocky and somewhat confused, with his hands thrust in pockets, staring at the outstretched and stocking-clad calve and foot of co-star Anne Bancroft. Surely, this is one of the cinema’s most enduring images of the last century? 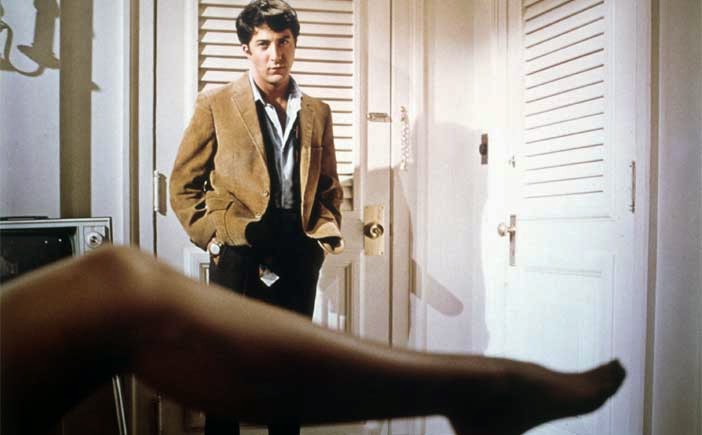 And while adultery no longer shocks America, that image retains the power – and the moral price of caving into that power – of raw sexuality and naked titillation. There is also the Simon and Garfunkle acoustic soundtrack that includes “Mrs. Robinson,” a folksy pop tune whose exuberance masks the sadness documented in lyrics that pine for a lost American age represented by famed baseball slugger Joe DiMaggio. And there is, of course, the film itself. It has been parodied, held up as a siren song for a generation, and even more recently, returned for reexamination as a stage play for a whole new age-group and audience.

Timelessness? I think that is an apt word, but a curious one nonetheless, to apply to a film that debuted in 1967 and was immediately embraced as a kind of zeitgeist for the disaffected American youth who looking back saw nothing but the rather grim – but economically successful – 1950s and looking ahead the growing shadow of Vietnam, fractured race relations, urban upheaval and gradual restructuring of the United State’s post-World War Two order. Or perhaps that is all too academic? The undeniable power in this film, I believe, is the confusion that sits at its core. That is, Dustin Hoffman is an educated, somewhat well-to-do young man, but he is seemingly passionate about nothing and has no idea what to do with himself or with his life, a set of ennui-ridden attributes that have afflicted American youth from 1967 up until the present day. 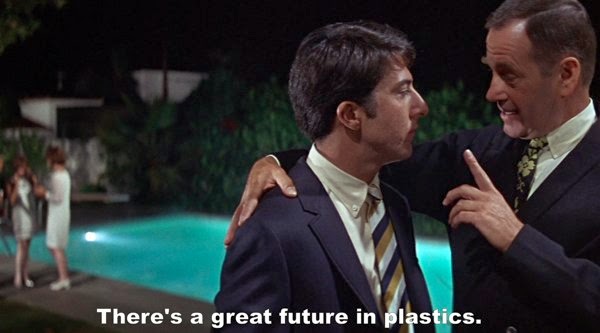 If the Greatest Generation vanquished fascism and put America at the top of the world economic heap, what, if anything was left for their offspring to do? Enjoy the world as inheritors? That world, as shown here, is one of afternoon booze and cocktails, peopled with a seedy and curiously amoral set of characters who speak of investments in plastics as if the welfare of the Republic depended on such mundane commerce. It is a curiously hip and Left-wing view, in that it accepts Marx’s theories about the estrangement of wage laborers as fact and correspondingly presents the most successful of America’s capitalists – as surely Hoffman’s odd parents and their ilk are meant to represent – as dreadfully dull, or, in the case of Mrs. Robinson, mildly socio-pathic and disturbed by the lack of real substance in their lives. 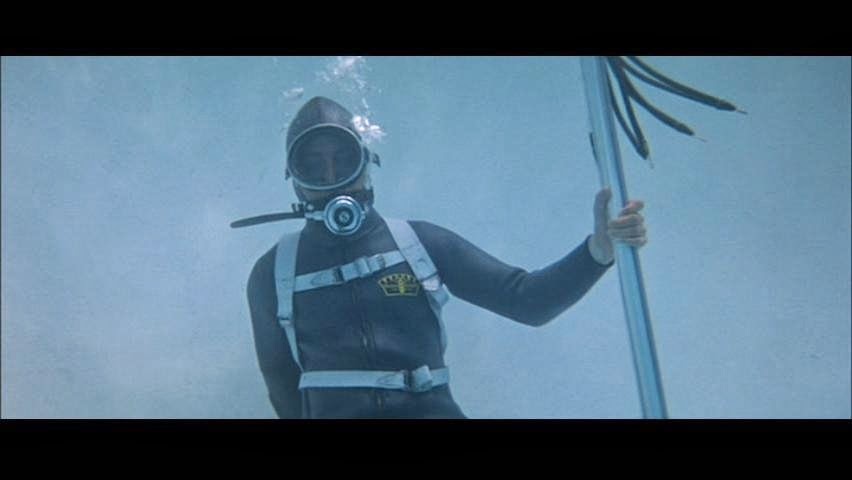 Ennui, of course, is nothing new. And the chronicling of the “quiet, desperate lives” all Americans supposedly live has been a standard trope of both novels and films for at least the past 100 years. What separates The Graduate from this pack is its focus on youth, something that perhaps had not occurred in popular culture up until the 1960s. Hoffman is in the prime of his life. There is, the film shows us, still time for him to avoid becoming his parents. It is this possibility, this thematic fork in the road, which I believe keeps the film fresh well into another century: All youth wants to both emulate and reject their parents, regardless of time period, and Hoffman’s character is no different. 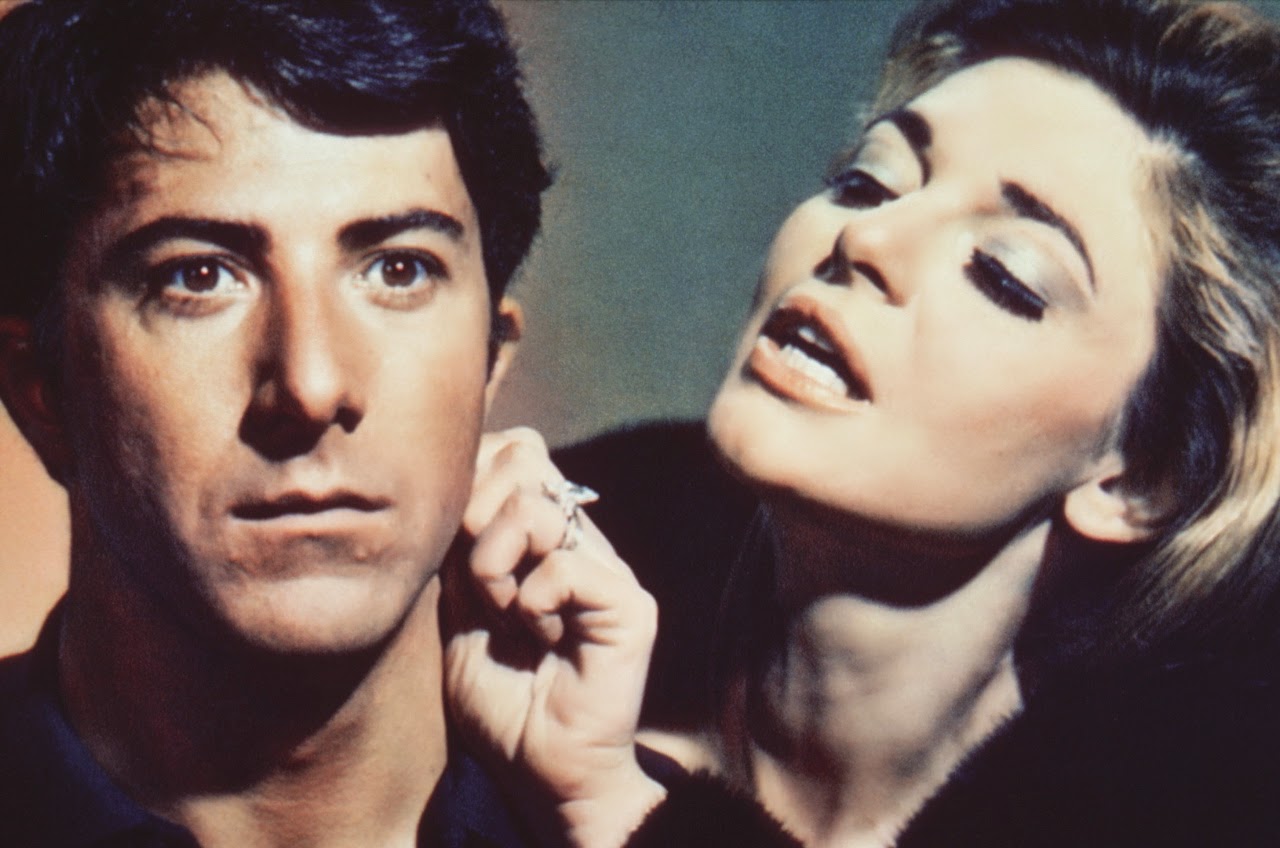 Hoffman debases himself with Mrs. Robinson in a kind of bizarre emulation, but at the same time, he uses his defilement – and hers, one must say – as a catalyst to muster the courage to try to break out of the world of easy living and fancy cars that she and his parents wished to bequeath him and his generation. The ultimate irony is that Hoffman eventually settles on the idea of marriage – or at least, some kind of “elopement” – with Mrs. Robinson’s daughter as his ticket to independence. This is interesting in that marriage is the ultimate conservative social institution, but in the world of The Graduate marriage too is presented as shambolic in 1967 (and this well before the country’s divorce rate really skyrocketed).

The final scene of the film, which has been the source of much debate and parody, is deeply moving.


In a matter of seconds, the Hoffman and Elaine’s expression seems to shift from joy, to contentment to a sad sort of resignation. I have never been able to pin down the source of the last emotion, but I suspect it is something more than the adrenaline dying down in their veins. I suspect what they realize is that they have made a choice by fleeing together, and what is more, this is the first real adult choice they have ever made.

They are, in other words, not children anymore, and for the first times in their lives, they have exercised their free will and acted outside the wishes and inducements of their parents and their school friends. They have decided to eschew the mistakes their parents made and to run away to make some of their own. That is liberating, hence their initial glee. But gradually, their expressions change, because they realize, almost immediately, that their first “mistake” is the elopement itself.

Not because the elopement is morally wrong or against the wishes of their parents or of society writ large, but because it is wrong for them, as free-thinking and independent adults. Their rebellion, in other words, is torpedoed at almost the exact moment it began by the very act that sets them free and on their way. What is brilliantly left unknown is how or whether they can recover from this act in time to stave off becoming their parents...I leave it to you to decide, but if you need evidence of what these Baby Boomers became, there is plenty around you in contemporary America.
Posted by SKW at 3:19 PM No comments: