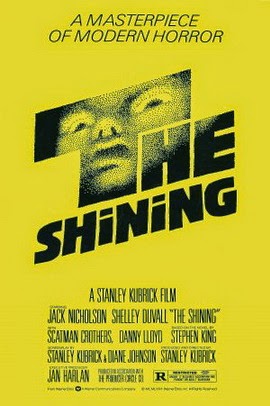 Despite cementing a place in our shared cultural memory, people are still uncertain about what to make of director Stanley Kubrick’s venture into genre filmmaking. Is The Shining a masterpiece of horror? A glorified art house film? A sly homage to gothic affectations? Or a mixed-up and muddled dud? Engage the most cursory search and you can find all three of these positions being defended vociferously in print and digital material.

Part of the room for such debate stems from the film itself.

Kubrick, fresh off the less-than-spectacular Barry Lyndon (which also divides critics), famously waded through piles of contemporary novels in search of a new film project before—and this, oddly in my opinion—settling on a popular novel by Stephen King that is essentially a page-turner of a haunted house story. Kubrick jettisoned much of the King novel, keeping only the setting and the bare fundamentals of the plot. The result is a complicated horror film that attempts to depict some frightening realities about humankind that King never addressed.

Specifically, by following the devolutionary arc of Jack Nicholson’s character from a flawed—and potentially abusive and alcoholic—husband and father to an outright murderer, Kubrick is trying to tell us that ultimately humanity is a violent species of animal that is quite capable of killing others of its own kind. Furthermore, if we consider that the family unit is the basic unit of society and society—or civilization writ large—is that which separates humanity from other animals, then the true horror of what Kubrick is showing us becomes even more clear, because by depicting a man who turns against his own family and attempts to murder it, Kubrick is giving his audience the ultimate depiction of how humanity’s dark tendencies can become unhinged and turned inward. 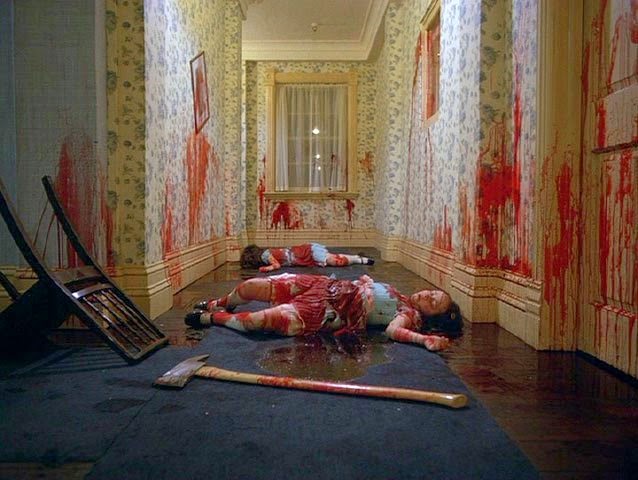 In avoiding King’s plot of a haunted house, Kubrick instead gives us haunted people, and a palpable theme throughout the film is that we are all standing on the shoulders of violence, so to speak, and that the evil done by other humans in days past somehow lingers and taints the present. As I have suggested, this is vastly different from the King novel. Whereas King viewed Nicholson’s character as being victimized by the external and supernatural forces of the haunted hotel, Kubrick clearly believes the evil Nicholson brought with him to the hotel is his own. In other words, Nicholson needed a space in which to go mad and act out his demons. The Overlook Hotel provides him with one.

However, at the same time, we cannot not say the hotel in the film is not in some way “evil” or “haunted” and therein lies the problem with reaching for an overarching analysis to describe the film.

In interviews given around the time The Shining was in production, Kubrick discusses ESP and psychic abilities in terms that clearly demonstrate that he believes in such powers and intended his audience to take them seriously in the film. At the same time, the “spirit” of the hotel and its ability to manipulate reality and communicate with the living is also “real,” in that Danny, with his psychic abilities, is not the only one who sees the gallons of blood gushing from the elevator. His mother sees it, too. Thus, we have to conclude that Overlook is in fact “haunted” in some way (all three characters experience it), and this haunting helps Nicholson slip further into the madness that always lurked within him. Keeping the hotel as a psychic force outside the characters with a will of its own also signals that Kubrick wanted The Shining to function as a film within the horror genre and we can therefore safely say that this is a gothic picture in the gothic tradition, albeit one with a heavy focus on the psychological. I believe the film would have been better served if Kubrick had finished jettisoning King’s plot and gone more with his own instincts (I.E. – That the protagonist’s psychopathology is entirely internal and the place his ‘breakdown’ occurs inconsequential). However, Kubrick did not do this, and we are thus left to contend with the fact the film is partially haunted and partially psychological, an interesting duality in and of itself, but one which I believe has confused both audiences and critics for years. Maybe Kubrick could not make up his mind, maybe he wanted both? We cannot know. It is, however, worth reflecting that duality and partiality are referenced numerous times in the film through the use of mirrors, double images and codes, such as the famous, backwards REDRUM. King famously hated The Shining and said that what was wrong with it is that it was made by a man who thinks too much and feels too little (film critic Pauline Kael feels this way about all of Kubrick’s efforts in cinema). The charge that Kubrick’s work can come across as cold and being more interested in aesthetics than emotions is not an easy one to deny. Writing about The Shining, Kael said Kubrick’s characters are dead on the screen, and what should be a family drama and homage to gothic horror instead becomes a rather robotic metaphysical examination of the timelessness of evil.  I think she comes closes to grasping what is happening in The Shining but misses its essential point: Jack cannot resist himself or the Overlook Hotel, but his wife and his son can and do, and therein lies hope—and some would say, the foundation for the entirety of civilization.

Exactly why Jack is different—that is, why he falls prey to the inner murderer all of us have—and why the others, such as Danny or his mother or the cook, who also has “The Shining,” do not is the important question raised by the film. Kubrick himself seems uncertain of the answer, but he does—rather grudgingly, I think—believe that murder in and of itself is one of the most human actions of them all, because it has been with us from the beginning of our existence and will be until the end of our days. But unfeeling? No, I cannot see that. In The Shining what Kubrick has given us is the grimmest portrait of murder possible, one that he leaves little doubt about its ultimate ugliness.