It is the end of the year and lists and countdowns abound.

Unable to sum up 2010 in any relevant fashion on this site, I have decided instead to post my Top 10 list of American classics. These are the essential pictures, the ones every living and breathing person on Earth should endeavor to see to better understand the cinematic art form, America as a nation … and to just sit back and enjoy great, old fashioned moviemaking.


1. Citizen Kane (1941) – Stands like a colossus over all American film. Orson Welles makes a legend out of himself by petulantly tugging an icon (William Randolph Hearst) from its pedestal. Well-known for its technical innovations and style of storytelling, audiences today often overlook how well the film works as a character study or a piece of social criticism. That Kane’s lifetime of enterprise and achievements cannot recapture the sanctity of his “Rosebud” is both tragic and profound. The American Dream has never been so cleverly explored, celebrated and then debunked. 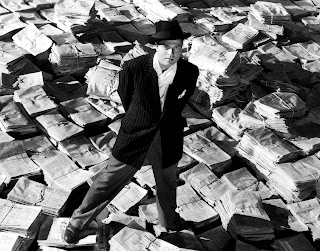 2. Casablanca (1942) – My favorite film and possibly the greatest motion picture of all time. It cannot equal Citizen Kane for technical prowess or philosophical depth (nor is it as influential), but in every other way this film is its equal. The actors and actresses are all perfect in their roles, and every role is memorable and unique. By blending equal parts of adventure, romance and suspense with a timeless tale concerning sacrifice and moral imperatives, the film manages to have something for everyone. It also speaks to a great many eternal questions about the human condition without taking the easy turns to either sentimentality or sanctimony. Impossible to watch and not feel uplifted.
3. Rear Window (1954) – Unquestionably Hitchcock’s masterpiece, in which he deftly juggles ethics, psychology and suspense to titillate audiences. An even greater film when one considers it is largely set in one room and revolves around a wheelchair-bound protagonist who never leaves his apartment. Jimmy Stewart and Grace Kelly ooze stardom, practically float across the screen. The final 30 minutes stir up more tension and mood than any other movie I am aware of. A murder is discovered and exposed, but Hitchcock forces us to consider the cost of the exposure and to wonder if the protagonists are not as demented as the man who actually killed his wife.
4. The Godfather (1972) – A powerful exploration of the perversion of the American dream, an epic about the rise and fall of a family or just the best mafia film ever made? Take your pick. The Godfather is all of these things and more. Francis Ford Coppola and Mario Puzo’s refashioning of the latter’s rather ordinary novel is perfectly executed. Each scene precisely conveys its intent, and when taken as a whole, this picture is one of the few films that successfully steers the audience through a host of conflicting emotions and moral conflicts that refuse easy characterization. There has never been a better movie made about the shades of gray that exist between the black and white of good and evil. This is why we root for Michael at the same time we shudder at what he is becoming. 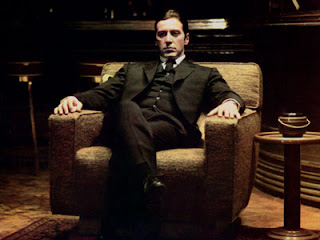 5. Patton (1970) – There are many noteworthy war films, but Patton stands supreme. Released during the Vietnam War, the film’s creators envisioned this as an anti-war picture. They were horribly wrong. In addition to multiple White House screenings by Richard Nixon, the general populace took Patton into its bosom as a celebration of American tough-mindedness. Patton, whose famous temperament and lust for battle attracted admiration, loathing and fear during his lifetime, is played to perfection by George C. Scott (who famously refused his Oscar for this role). As a character study, the film’s nuanced portrayal of the general’s megalomania, gallantry and genius is unequaled. 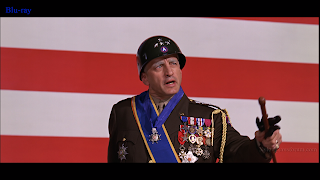 6. Chinatown (1974) – Nothing is more American than film noir, and the genre never worked better than it does in Roman Polanski’s 1974 homage starring Jack Nicholson. Filled with seedy politicians, corrupt policemen and neurotic women this gothic tale about a private detective in California forces audiences to confront institutionalized injustice and ultimately accept our own powerlessness to remake every corner of the world. The last line of the film, which might be the best coda ever penned for the screen, says it all: “Forget it, Jake. It’s Chinatown.”
7. Dr. Strangelove (1964) – Difficult to pick just one from Kubrick’s many great works, but this film is satire incarnated and it seems to grow better with age. Indeed, as the Cold War fades from modern memory, one can easily imagine a scenario where this film comes to stand as a kind of documentary – albeit one with a great deal of hyperbole – representing many of the attitudes born from that complex conflict. A virtuoso performance from Peter Sellers, who plays multiple roles, and a script infused with the kind of crass intelligence that coughs up endless one-liners, such as “Gentlemen, there’s no fighting in the war room,” ensures this picture’s Olympian status. 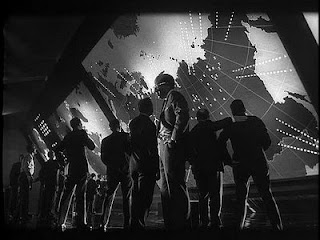 8. From Here to Eternity (1953) – Long before the hardheaded contrarians in Coolhand Luke or Rebel Without a Cause, there was Private Robert E. Lee Prewitt in From Here to Eternity. Prewitt’s inability to be broken by an institution he loves – the U.S. Army – is an aggressive examination of individualism and personality. Each of the soldier’s flirtations with depravity is sharpened by the audience’s awareness that the film is ticking down to the Japanese attack on Pearl Harbor. These are the men and women who would become the Greatest Generation and in the film we learn about their strong sense of self, their categorical dismissal of weakness and pedantry.
9. Once Upon a Time in the West (1968) – Selected just ahead of Leone’s other masterpiece, The Good, the Bad and the Ugly, as the best exemplar of the American Western. Why? Manifest Destiny, the cruelty and injustice of the West, the rugged individualism it inspired, the complex code of the survivors who journeyed there for a fresh start, the notion that to achieve the moral end, a person may have to do some immoral things along the way – it is all here, in this often overlooked film. So, too, is a great performance by Henry Fonda. 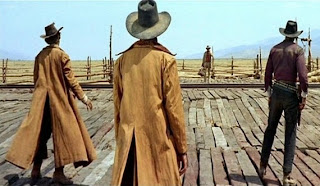 10. The Graduate (1967) – No other film captures the pivot between the America of the 1950s and the America that emerges from the crucible of the 1960s as well as The Graduate. The story of Benjamin Braddock’s inability to orient himself within the environment created by his parents is not just another retelling of a timeless crisis faced by all adolescents, but a powerful metaphor for a country that was clearly restless about its future. Braddock’s sordid journey through the boozy, adulterous world of Mrs. Robinson ends with a frantic escape – undertaken with Mrs. R’s daughter – from the limited possibilities setup by the previous generation. Or does it? The final expression on Ben and Elaine’s faces is one of the most enigmatic in film. Are they happy? Sad? Relieved? Or simply resigned to eventually recreating the kind of world they just escaped from?
Posted by SKW at 7:11 AM